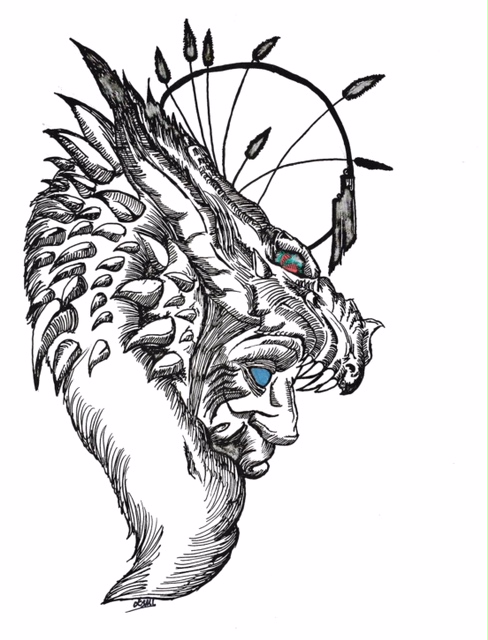 To the viewers of this piece. This artwork was inspired by the original stories of the famous Greek hero Hercules. The art depicts Hercules wearing the Nemean Lion. However as I proceeded with the design I thought to myself, “What can I do to make it stand out more to the people’s eyes”. Instead of doing Hercules wearing the lion’s pelt, there was another story my recollection had where he fights a hydra, so I began to mix the two monsters together for a more reptilian and a more mythical design for it. As the story goes that the Nemean Lion’s pelt is supposed to be stronger than the hardest armor on a knight’s body so I made the skin more scaly and gave it a dragon appearance to it as if he wore the dragon’s skin instead of the lion’s. One factor for this piece of art is that it’s supposed to create an illusion. One side of the picture shows that the beast has his mouth open and swallowing the human’s head. Another side shows the mane of the beast (I left that part of the lion in there for a more ancient aspect) connecting to the face as a beard and the animal head is used as a helmet. I hope you all enjoy my piece of art. 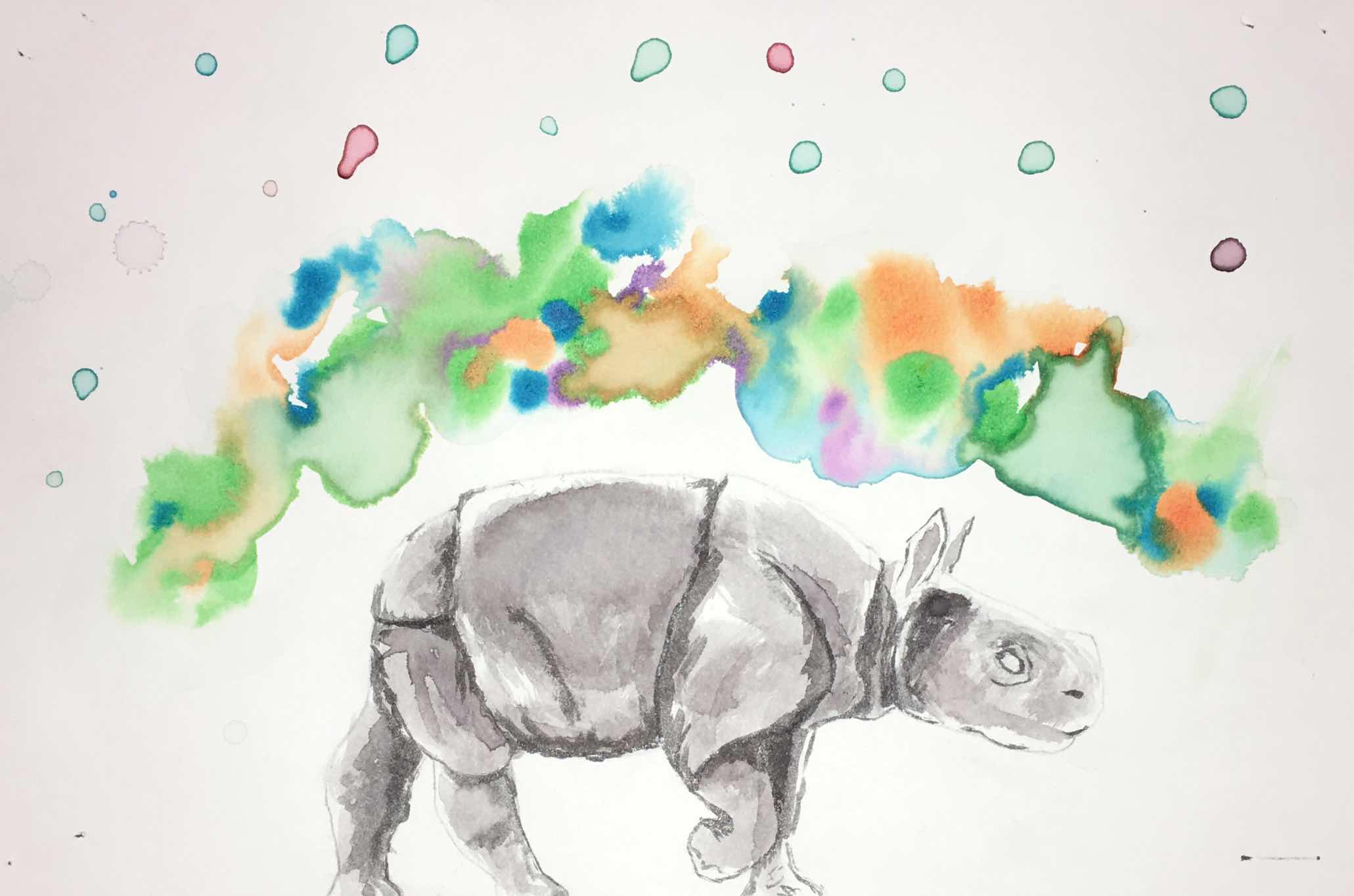 The ideas of my art project “bleakness” were to show that even in the plain things in the world there is brightness and color. 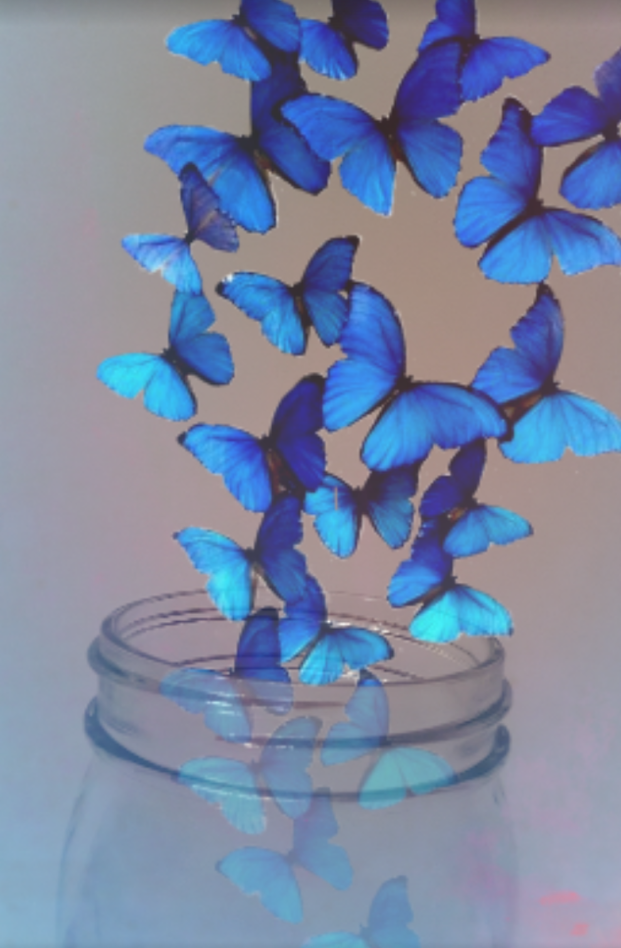 I wanted to capture the emotions I felt when I let myself go. I had kept anxious thoughts and feelings locked in a jar I carried with me. This image symbolizes letting the butterflies inside free and moving on as a free spirit.